Cynefin as a tool for decision making

Home | Tapas | Cynefin as a tool for decision making

Cynefin [kjunewin] is the Welsh word for ‘habitat’ – and this strangely amoeba-like graph was hard to escape in relevant information bubbles. The Wikipedia entry doesn’t really help.

So what’s the point?

Cynefin is well worth the effort. From the many insights of complex, adaptive systems, Cynefin sews a sense-making device. This framework helps determine what type of situation a problem area is in.

So it’s got everything that makes change … and well hidden:

The tool, which at first glance seems brittle, originates from policy-making, geopolitical strategy and policy research in the early 1990s. So just half a generation ago, 20 years ago.

The Cold War was over, globalization was in full swing, failed states, power shifts, migration movements, crises and asymmetric conflicts were challenging the tried and tested doctrines of half a century.

The novelty of the situations could not be countered by an already known best practice. It was unclear to the political decision-makers why tried and tested conventional approaches did not continue, why management as you know it remained largely ineffective or made the situations even worse.

"(...) we developed the Cynefin framework, which allows executives to see things from new viewpoints, assimilate complex concepts, and address real-world problems and opportunities."

When old tools are dull

The answer lies in one of the basic assumptions of the organizational theory of scientific management, that there is always predictability and order in the world.

It needed to be thought of in a new, different and inclusive way.
Jootsing, jumping out of the system was urgent and necessary … just how?

"The answer lies in a fundamental assumption of organizational theory and practice: that a certain level of predictability and order exists in the world. This assumption, grounded in the Newtonian science that underlies scientific management, encourages simplifications that are useful in ordered circumstances. Circumstances change, however, and as they become more complex, the simplifications can fail. Good leadership is not a one-size-fits-all proposition."

Mary Boone and David Snowden recognized that this jumping out of one’s own system, leaving one’s own thought patterns and perspectives is a key to collective understanding.
How else should solutions to conflicts be found if the boundary conditions of the actors are not understood?
This also explains the name Cynefin, which is awkward for non-Walisians:
“(…) as the site of our multiple affiliations, as the sense that we all, individually and collectively, have many roots and tribes, cultural, religious, geographical, and so on.” 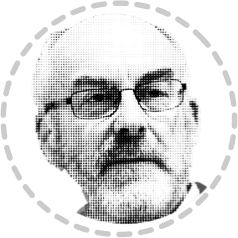 "(Cynefin) is more properly understood as the place of our multiple affiliations, the sense that we all, individually and collectively, have many roots, cultural, religious, geographic, tribal, and so forth."

What is the nature of the situation?

Through the communication of a group to make decisions, a common understanding of a situation is achieved.
According to the observable relationship between cause and effect, problems are typified as simple, complicated, complex or chaotic.

If none of these classifications is successful, the fifth type is a disorder.

Complex are living beings, complicated an airplane: the operation is learnable.

Fire is unpredictably chaotic, a bicycle is simple, and upon closer observation, the function and trickery is also understandable.

When the type of situation is clear: what practices can be used to find a solution?

Cynefin now provides heuristic guidance on the appropriate methodology for finding a solution – not the solution itself.

The red terms are there, which made Cynefin popular.

In a complex situation where there are no right answers, the number of variables is unknown, and something develops unpredictably – no one knows what the right thing to do is. There must be experimentation, trial and error.

In a chaotic situation, with high turbulence and when no cause-effect relationships are recognizable, action must be taken quickly, danger is imminent.In addition to the known forms of procedure good practice and best practice, two further ones are added:

If the situation is complex, trial and error can help – an emergent, evolving practice emerges.
When there’s a fire, there’s only one sensible pattern: extinguish it.
Cynefin has no sweet spot, there are no valences from ‘good’ to ‘better’, The states are value-free and non-categorical.

Cynefin is a discursive and group dynamic process

It is not about quick assignments but about the group-dynamic, communicative process of penetrating a problem in its mechanics and its boundary conditions.
In order to then use this knowledge to find a suitable solution method.

The process of a Cynefin project consists of contextualizing, contextualizing subjective beliefs, structural cognitive thought patterns and errors and often ends in surprise.

Because it’s about unquestioned, unconscious beliefs and assumptions about ‘how the world works’. Only when these are recognized group-dyamically, with changes of position and perspective, can they also give way.

“(…) nearly every contextualization exercise we have seen has ended with expressions of surprise from those participating. They often see, for the first time, patterns that overturn their entrained beliefs about the issue they are considering and about their purpose, goals, and identity.”

So Cynefin is an onion with many layers. Peel the onion and you’ll find at its core a group dynamic that helps challenge beliefs and assumptions about the world.

Thus, it is something quite different than the shortening to a simplified graphic would lead one to believe.

In a 12-minute video, Snowden himself explains the approach.

We use cookies on our website to give you the most relevant experience by remembering your preferences and repeat visits. By clicking “Accept All”, you consent to the use of ALL the cookies. However, you may visit "Cookie Settings" to provide a controlled consent.
Cookie SettingsAccept All
Manage consent

This website uses cookies to improve your experience while you navigate through the website. Out of these cookies, the cookies that are categorized as necessary are stored on your browser as they are essential for the working of basic functionalities of the website. We also use third-party cookies that help us analyze and understand how you use this website. These cookies will be stored in your browser only with your consent. You also have the option to opt-out of these cookies. But opting out of some of these cookies may have an effect on your browsing experience.
Necessary Always Enabled
Necessary cookies are absolutely essential for the website to function properly. This category only includes cookies that ensures basic functionalities and security features of the website. These cookies do not store any personal information.
Non-necessary
Any cookies that may not be particularly necessary for the website to function and is used specifically to collect user personal data via analytics, ads, other embedded contents are termed as non-necessary cookies. It is mandatory to procure user consent prior to running these cookies on your website.
SAVE & ACCEPT